How to Test Compressive Strength of Concrete

You are here: Home News How to Test Compressive Strength of Concrete

Before you fully commit to using a certain concrete mix, adequately testing its compressive strength is vital if you want to build a picture of how well it deals with different load-bearing scenarios. In this article, the EasyMix concrete team will be taking a look at different ways that you can test compressive strength, so you can be fully confident in your mixes at each stage of your project 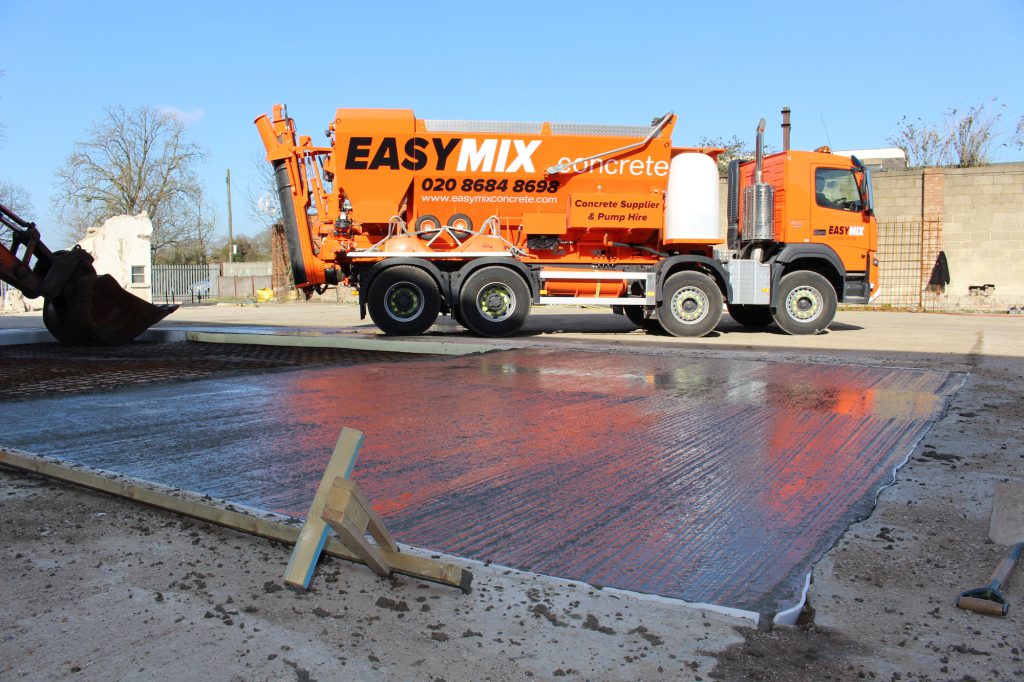 The Schmidt hammer is a concrete test that has been used consistently since the 1950s. It’s a spring release drill-like implement that drives a metal cylinder into the surface of the concrete. The distance that the cylinder then rebounds from the surface back to the hammer is given a value from 10 to 100.

At least 8-10 different tests should be carried out at a minimum of 20mm apart from each other. Once finished, the highest and lowest values should be discarded and the remaining values must be plotted on a graph in order to properly understand the concrete’s compressive strength.

Similar to the Schmidt hammer test, a penetration resistance test also uses a small device to drive a metal head into the surface of the concrete, but in this scenario penetration is the goal. The strength of the concrete is measured by the force required to penetrate the concrete, as well as the depth of the hole created. Again, like the Schmidt test, one of the main benefits of this test is that it’s simple to carry out and can be done easily on site.

One of the most popular methods when it comes to testing the compressive strength of concrete, cube testing is something that EasyMix has been doing for years.

Concrete is poured into separate cube moulds (after a slump test has been carried out first), and these moulds must be manufactured in line with the standards laid out by BSI (BS EN 12390-1:2000). Before the concrete is poured into the moulds, a mould-release agent is applied first to ensure it can eventually be removed. Once the concrete has been poured and levelled off properly, the cubes are stored for between 16 and 72 hours, before being removed and placed in a curing tank.

From there, the cubes are tested at 7 and 28 days. A machine exerts incrementally more force onto the cubes until failure, with the maximum strength of the concrete being equal to the rate of loading at the time of failure.

To learn more about the concrete cube test, take a look at this article.

This test involves inserting a metal rod into a concrete mixture which is cast in place. The concrete is then pulled, and the strength of the concrete is determined by the force required to move it.

One of the main benefits of this test is that it’s very simple to carry out and can be done on both new and old buildings. However, this test does involve damaging the concrete, and a large number of test samples are required at varied locations if you want the most accurate results.

EasyMix concrete is one of the most popular concrete suppliers in London. If you’re looking to test the strength of your concrete before a big project but you’re not sure how, we’re up to the task. Just give us a call today and let’s get things moving.