Did the Romans Use Concrete?

You are here: Home News Did the Romans Use Concrete?

The Romans were known for leveraging concepts in engineering and medicine that were seemingly far ahead of their time, but did you know that they also had their own form of concrete? Some ancient Roman structures have weathered the elements for thousands of years and still stand to this day, so what’s their secret? In this article, the EasyMix team will be digging a little deeper! 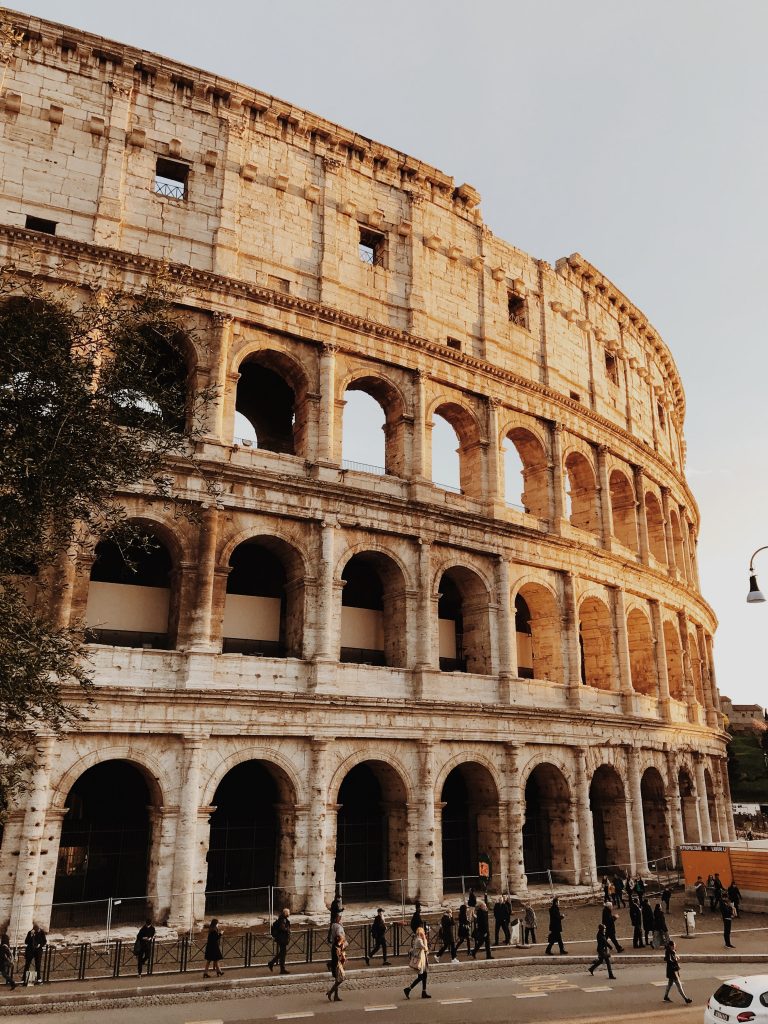 What is Roman concrete made of?

As we all know here, modern concrete is made of three ingredients: cement, water and aggregates. To ensure that the concrete doesn’t crack or have any undesired additional properties, these aggregates have to be inert.

Roman concrete, however, works in an entirely different way; their concrete is made from volcanic ash, lime and seawater, and more volcanic rock that was essentially used like modern-day aggregates. Scientists believe that Romans may have learnt the recipe for this building material by observing a chemical reaction that occurs in tuff rocks, which are naturally cemented volcanic ash deposits.

Thanks to this chemical reaction, Roman concrete was, and remains to be, extremely durable, and goes a long way to explaining why some Roman structures still stand to this day.

There’s another interesting property of Roman concrete that goes beyond the initial chemical reaction, and it’s to do with a mineral that scientists found in it called aluminous tobermorite. This particular mineral, and another known as phillipsite, weren’t actually present in the concrete during the initial reaction phase, they grew in the concrete over time, reinforcing it with interlocking crystals. This is because Roman concrete actually reacts with the seawater that would erode modern concrete, and encourages a compound to grow in it that bolsters its strength.

Did the Romans know that this particular reaction would occur? It’s unclear at this point, but what we do know is that Roman concrete is an incredible feat of engineering and perfectly adapted to its environment.

In addition to being more hardwearing and long lasting than modern concrete, Roman concrete was probably a lot less harmful to the environment to produce. When creating modern Portland cement, a huge amount of carbon dioxide is produced when limestone and clay is heated to around 1,450 degrees Celsius, and carbon dioxide is one of the biggest offenders when it comes to greenhouse gases.

The Romans, on the other hand, used much less lime when creating their concrete, and only baked it at around 900 degrees Celsius, which would have used much less fuel.

Whether we will be able to properly harness this ancient technology isn’t quite clear yet, but if we can, it will no doubt have a very positive impact on the future of the construction industry.

While EasyMix can’t whip you up a batch of this magical Roman concrete, we can mix you some of the best ready mix and volumetric concrete in London. We serve customers throughout the capital, so if you would like to take advantage of our fantastic mixes, all you have to do is get in touch and a member of our team will happily assist.